Method of extracting work by oposing gravity to repulsive magnetic forces on the scale of the distance.

To all whom it may concern be it known that I, Gaby de Wilde, artist, subject of the Dutch Queen, of Dutch nationality, a citizen of the independent monarchy of the Netherlands governed by members of the House of Orange Nassau, residence of Enkhuizen, in the Province of North-Holland the Kingdom of the Netherlands, have invented a new and improved perspective on gravity and magnetism in the most general sense thereof I hereby declare ofwhich the following specification to be a full, clear, exact and accurate description of the invention, such as will enable others skilled in the art to which it appertains to use the same.

As is known, objects drop towards the ground. An attractive force is erected between the mass of our object and our planet. Neither one is 'responsible' for the effect as it takes the both of them for it to take place. One could argue the planet drops towards the object just as much as the other way around.
A magnetic field appears to attract various metals but the metals first have to become magnets before they are attracted. The magnetic field first hast to get inducted into the target, if that don't happen there shall be no attraction.

The point of this paper is to make it clear that while departing the attractive forces between magnetic fields drop at an incredible amount faster as gravity. This means that opposing configurations may be constructed where Enormous objects may obtain upwards velocity while being virtually weightless. 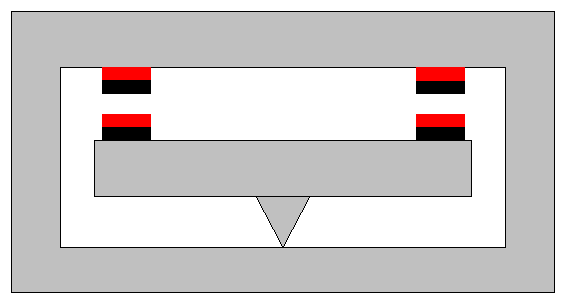 This image illustrates a tumbler with attractive magnets on it's edges. One can instantly see this tumbler will drop over and one end will stick to a magnet. We observe how gravitational instability is increased, the least disturbance will result in the tumbler totally tumbling over. 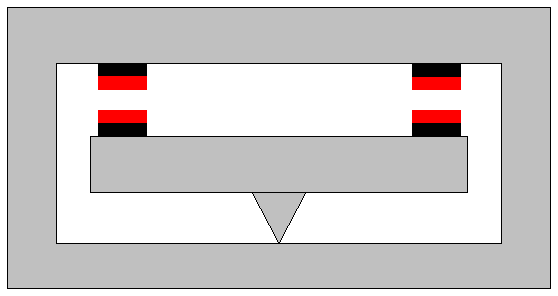 This image illustrates a tumbler with repulsive magnets on it's edges. One can instantaneously see this tumbler may drop over but will always return to this position. Gravity can only push the object into the repulsive field by a given amount, after that gravity and repulsion resolve to zero. The difference between the 2 situations is awfully obvious.
Constructions may be build where an object of huge mass may be set into upwards vertical motion at relative low cost. A simple counter weight will do the trick. But it appears to have escaped every ones attention that this counterweight may be virtual. A large mass may be suspended in mid air using repulsive magnets. The slightest push downwards will result in almost endless wobbling of the whole thing. Those wobbles have more then enough force to redirect into useful motion.[1] The may appear conservative but applying downwards force on said 'large mass' has the most effect while the mass is the furthest up in the air[2]. 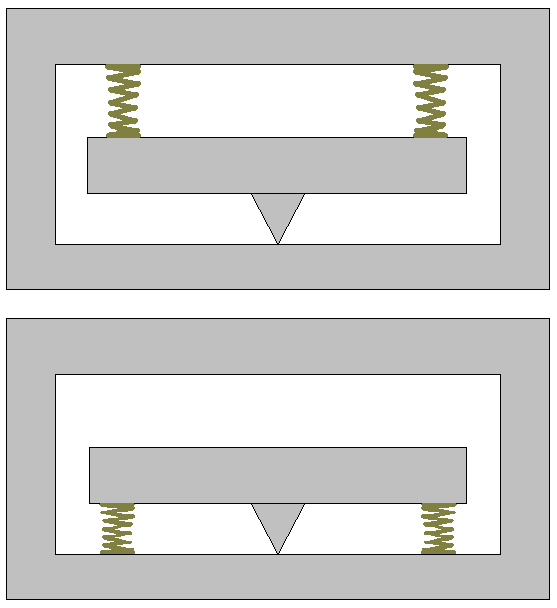 Springs can also be used to create the desired effect[3].