Google Talk hits a speed-breaker in a patent lawsuit 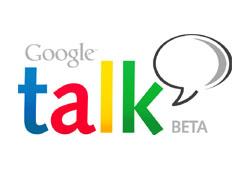 ...The case was first reported in the Internet site of Search Engine Watch. But as in most patent-related suits, Rates Technology is a relatively unknown company hauling to court a more known Google Inc. With the case being against a registered patent, the motivation may really be the possibility of collecting huge royalties.

According to the lawsuit, Rates Technology holds a 1995 and 2001 patent for reducing the cost of long distance telephonic charges via the Internet, which Google Talk believably infringes.

The complainant is seeking besides a jury trial, the enforcement of its patent rights, the claim of damages arising from its legal expenses and losses (of profits and royalties) and a preliminary.Google Talk hits a speed-breaker in a patent lawsuit

The first thing I thought was, WTF patent general conversation?? WOOT! The idea that anyone would OWN my right to have a conversation! OF ANY KIND! Charging me for having relatives as right? by law??

But Google would do the same (that doesn't make it ok). It's sick! 70% sickness!

It's 30% lack of credit for invention, Rates is the inventor in this, normally that means getting ripped-off, It will be taken and exploited without any questions.

My conclusion (from a long time ago) is: we should just let the government own the patents. Because knowledge has to go public domain at some point. The dead can't hold patents or have rights.

Elvis didn't sing for some future patent holder. And if he did we need not support this. It's of no use. We do not profit from this law, it's making us pay for stuff that is ours (like relatives)

We need people to profit fast from inventing stuff we need, faster and faster, it's never perfect! Credit em as they are still alive! Not pay some chess player 100 years later. It's senseless and profitless for all of us!