why machine code is better as parsing things on 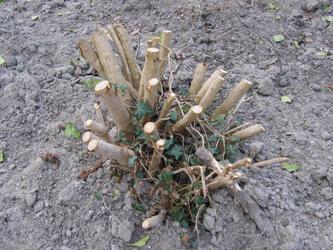 I wrote:
Working @ answers I would demand 198.4 changes per day then demand to code them up myself. First thing we get rid of the PHP!!! HAHAHA


PHP claims to be something for newb's then it's full of holes, version incompatibilities and has the worse documentation any new-b evah had the pleasure of freaking out on. Which defeats it's own purpose. Programming in a scripting language. ROFL!!

here it's explained in one line:

Lets not pretend that C is a good language either. What happened to hardcoding things in machine code (Assembly)? Why would instructions need to be compiled? Why cant we just go back to writing in the real language?

In assembly language a mnemonic is a code, that represents a number. Programming in machine code, by supplying the computer with the numbers of the operations it must perform.

so in stead of

A set of mnemonics was devised. Each number REPRESENTED BY an alphabetic code. Instead of writing the code in us English and having the CPU figure out what to do with it on the end users machine (in this case the hamster server) the code is actually programed in REAL instruction.

For the sake of the argument I call C - Charley, php - Jack, machine code - Joe and assembly Hector

now I want Joe to do something, so I write it down in Jack-speak and hand it to Jack who reads only the first line and makes a note for Charley to ask Joe to help translate my text, if that works out he forwards it to Charley who asks Joe to help figure out what it means to finally tos it back on Joe's desk. Charley and Jack found the time in Joe's agenda to look up the words of my simple question in a thousand dictionaries. Now it all makes sense to Joe he will answer to Charley and help him translate that to something Jack should be able to translate again with a little help of Joe of course (who actually does all the work) After translation Jack will be able to explain if Joe can do the thing I wanted  him to do, he screams "TRUE!!".

Now I explain to Jack to explain to Charley what the details of my instruction to Joe are. So Jack looks this up in his travel guide and explains to Charley what I wanted to do. Charley has his own opinion about things, maybe he doesn't understand? At least he refuses to instruct Joe. Jack starts to act exceptional and repeats his instruction in various ways. Maybe he means this? or that?

Finally Joe gets his translation and gets to work. There is half a library in books laying around but the new house is so big, he can just leave it laying around and move to a new room.

Days later Jack brings me the result, Charley was to busy is his excuse I look and see it's nothing like I've asked for.

"If you want I can ask Charley?" he replies.

All this time waisted! I remember asking Hector to help me write a text in Joe's native language.

Joe would always have his reply ready as I was still sticking out my arm, that was back when he was only a few KilloHertz fast.

Now he is several Megahertzes and spends all his time running around with dictionaries to make sense of something that doesn't even look like us English.

Damn Jack, did you shit in the database again?