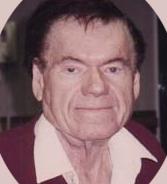 As Doctor Robert C. Beck was a honored physicist specialized in electric currents, lets define how specialized... He worked on several government classified projects. Including a project to measure the low frequency signals circling the globe known from the Russian woodpecker frequencies and the Schumann resonance. It's been suggested (millions of times) this frequency provides means of mind control. (insert pun here) Now before you start waving your hand again I insist we are merely looking at this man's professional knowledges of electromagnetic frequencies. It proves Doctor Beck a far most expert in this area of expertise. He invented a small magnetometer that could detect the frequencies better as previous (and much more expensive) detectors. Which automagically means that of this subject he had the maximum knowledge any government researcher is trusted with. The Resonance is the holy grail of military tech because it can blow-up everything on demand, specially the Schumann resonance. see it in action. Bob also invented the throw away camera flash.

I conclude he knew everything there is to know about electricity which is something we cant really say about our average medical researcher. To make things worse: Doctor Beck spend his own time, money and love to develop this technology. I can think of quite a few things more fun to do as to spend your retirement money with a group of AIDS patients in order to be haunted by the establishment. Look with your own eyes, this "wave kills organism" thing is very real. I don't even need a swimming diploma to understand this. It absoluly appears more of a question of "what happens with the rest of the patient?".

Now, as there are similar devices that pump the blood out of the patient and back inside so we can assume the danger of Mr Beck's devices is apparently small enough to create the effect inside the arm. Argumentation for dismissal should therefore be far more specific in my opinion.