NASA sailing the vacuum of thought 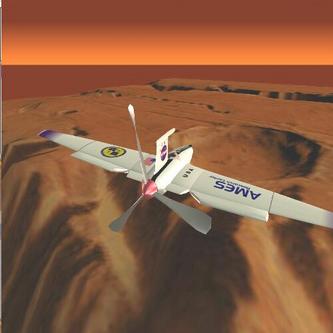 Neither manned landings nor stationary or slow, short range robotic probes such as Mars Pathfinder can explore the surface area of Mars, 144 million square kilometers comprising as much surface as all the continents and islands on Earth. For example, a half million manned or robotic landings capable of surveying a 300 square kilometer region of the Martian surface will be needed to survey the surface of Mars once (1). The handful of astronauts likely to be sent to Mars in manned missions, even equipped with rocket planes or ballistic hoppers, will directly survey only a tiny fraction of the planet. A complete survey of Mars will require high speed low altitude or ground based devices, either remotely piloted, semi-autonomous, or autonomous, such as airplanes, balloons, or high speed rovers (2-7). Fast moving robotic explorers will need high frame rate imaging, such as digital video, to properly survey the planet and for remote operation either by astronauts on Mars or mission control on Earth. They will also generate very high data rates compared to current Mars to Earth communication data rates. NASA emphasizes the search for water and past or present life on Mars. On Earth, liquid water is an absolute requirement for life. Mars is currently quite desolate by terrestrial standards. The thin carbon dioxide atmosphere is less than one percent of Earth's atmosphere.

wow, a plane that can fly without atmosphere. What could be next? A boat for a desert?