Most Planets May Be Seeded With Life 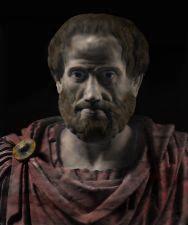 Astronomers have detected a building block of RNA floating within the hot, compact core of a massive star-forming region in the Milky Way. The molecule appears to have formed with all of the other stuff that makes up planets, suggesting that many other worlds are seeded with some of life's ingredients right from birth.

SETI has debunked it self by showing no interest in government UFO disclosures. UFO's don't prove they are aliens but if one would dedicate a research foundation to X looking at X is mandatory.

Neuroscience is getting funny nowadays.

It seems to start with a random event that scores well beyond that what may be expected from random choice.

Either the database is preserved from generation upon generation or there is some background field influencing random events. Or both.

Anyone who is honest has observed some weird effect playing with dices.

Academic research of the highest order has established people to be able to influence effects as much as 4%. Also future events can be guessed with to much accuracy to be called random.

A lot of animals are afraid of snakes. Tests showed that a monkey never needs to see a snake to be afraid of it. Poisonous animals advertise their poison with bright colors. Such data is clearly preserved from generation upon generation.

Remote viewing and reincarnation live up to the scientific demands.

Lets also explain why this isn't a well known fact.

This is the propellant for screaming hoax, cook and crank when confronted with the facts. Ignorance will never cause the ignorant to figure things out. The will is aimed towards censorship rather than learning anything at all about the topic.

I could add thousands of links to this posting but you have a search engine, if you want to know anything you can just search for it.

What is preventing you from checking up on the above stated facts?

You didn't know and this would make you all-knowing on the topic?

Do you really believe this to be true yourself?