The solution to the energy crisis, the food crisis, the economic crisis and the environmental crisis is a 4 letter word: "Hemp" We have plenty of deserts in the world of which we only need to cultivate one percent. This knol intends to debunk some of the imaginary factoids and shine new light on an old topic, a very-very-very old one.

Fake greenishness and the persecution thereof

If you want economic growth hemp is the answer. This is some how not green enough. By some sheer fantasy means it just isn't green enough! The European union investigated all kinds of renewable energy, they unified aid for development countries, the economic collapse and peek oil into a single subject. Basically we need to do the right things rather than being greedy. Not one specific solution is good enough to shift away from coal and oil. Bio fuel, hydro dynamic power, solar heating, solar electricity, wind mills and geothermal all offer viable solutions on a small scale and they can provide- and be produced-locally.

The bottom line is however that the member countries will have to adopt their plan while already suffering the recession. Funds wont be freed up fast enough, energy prices go up smoothly along with the price of resources while renewable energy is actually becoming cheaper by the day. If we don't implement it on a large scale soon we will go passed the point of no return. Unlike the US the EU is not a dictatorship. (haha) This renders the EU parliament advisory into just that, advice. It just sits there with all it's good intentions....

However, for all countries in the world goes - the IF we are going to survive this disaster of mass ignorance is going to depend on how fast we can amputate the corporate lobby from our governments. Historically thousands of entrepreneurs, businesses and even whole countries have been crushed by the petro-cemical lobby. Tell a lie often enough and people will live it. We litterally have hundreds of solutions to make unlimited energy for free out of small boxes and do so till kingdom come. However, anyone who dares to take such steps is not just up against the petro-chemical lobby but will also find the partisan hackery from the sientific community, government taxation schemes and even the renewable energy sector against them. As if this isn't good enough still the public will also violently oppose those technologies because that is what living the lie is all about after all. Last but not least the syndrome of global military industrial complex holds such technologies are dangerous, well known and effort has gone towards keeping them clasified for being dangerous.

Because it is obvious you are not going to believe a word of all this I've chosen one solution for you and will attempt to show you how this was removed from your grasp and sight. Hemp! Hemp is the universal answer, it addressed the future polution problem with economic growth in poor countries, the povery problem, the food problem, the energy crisis, the resource crisis, the economic slump, the lack of omega-3 fatty acids and while doing so it will crush the petro-chemical industry from all directions. Drugs, plastics, fuel, wood, fibers. The positive-negative advantage is in the absolute overdosage of propaganda against this completely harmelss weed..... 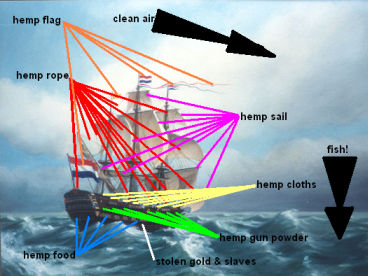 Hemp It is not the alternative, it is what people have been using for 12 000 years to stay alive on this circus planet. The very means for survival on this planet have been outlawed without any legal reason to.

The recession is fake, Hemp was criminalized to amplify the previous recession. Other shoes do not fit. They fill peoples heads with sheer fantasy propaganda - the stuff use to grow all over the globe and we use to make absolutely everything from it. It is utter insanity to use resources to lock up innocent people while the ocean is empty and humans need omega fatty acids, resources, energy and food. This was already provided by mother nature.


....Their proposal will lead to further severe inequality between the two fibers and there is now a great risk that we could lose this valuable crop and its associated rural Industries...[1]

Farming in Africa - the oxymoron

We already have production in the EU but it's not the volume we need. We are producing insignificant amounts of it. I strongly suggest we fill up the Sahara with it. You know? The part of the planet that is already dead?


If we farm 2% of it the whole world also has food, at 3% we have enough bioplastics, paper, clothing, carbon credits etc. Everything! The European food exports take up 6 places in the top 10 food exporting countries, only the US exports more but it is less than The Netherlands and France combined. Europe exports more food than any other continent.[4] But we ran out of room, the Sahara is bigger than Europe and no one can aford to use it. If China, Russia or America would start a huge industrial complex there we would perhaps even look at it as if an act of war.

Solar makes a good calibration point for hemp farming. Such solar dishes would also be ideal to power up irrigation. Our farm would grow with mad speed. 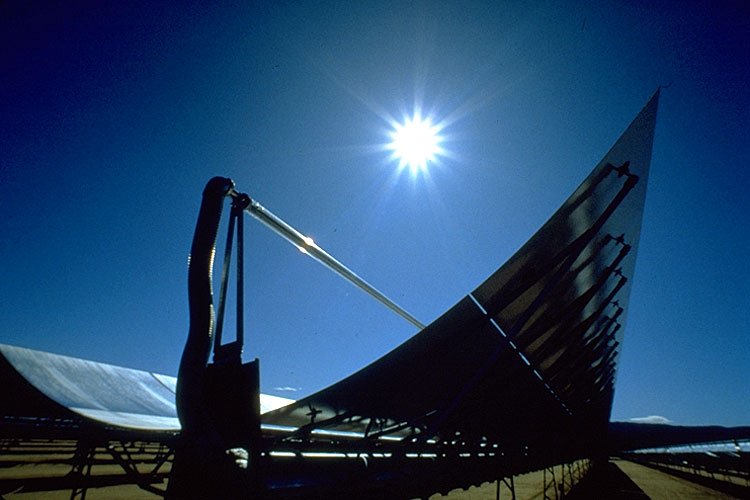 We do need energy of course but the aspect of economic growth is far more important. It would be something worth investing in. Investments would be flowing in our direction rather than away from us. We could invite China to help turn the resources into products. Our global energy problem is only just beginning. When emerging economies are going to consume like we do then we really are fkd. The hemp farming solution would effectively turn our problems into opportunity. We can supply the whole world with food and power and unlike free hydrogen it is simple and we can directly profit from it. The sky is the limit. The economic interests who are currently holding us back should wake up to the reality of earning big money from big projects.

For irrigation Canadian company Xogen has developed a way to make drinking water fast and cheaply.

If it's not suffocating don't fix it

The main argument has to be the Oxygen production. You see, without oxygen you are gong to die. Hard to imagine? I think not. It's a slow death you wont notice, slowly you cant think anymore then the inevitable will happen. If you still don't understand why growing hemp in the Sahara is a good idea that would be a perfect example of not-thinking. This is not some joke, oxygen bars appear all over the world. It's the future we are currently heading for.

I think you get the idea, if we keep going on acting 100% ignorant and 100% irresponsible about the environment we are all going to die. Not maybe but 100% guaranteed. Nature provides everything we need and against popular propaganda she has infinite resources. The concentration campf style persecution of innocent smokers on the other hand is in it self harmful to our wallet, it defies humane behavior. Then it is also potentially fatal - not just economically.

We can invite the Chinese and any other low wage country to help us build this thing. Why not? Hemp was good enough 12 000 years ago, what makes you so specially you don't need oxygen, food or economy?